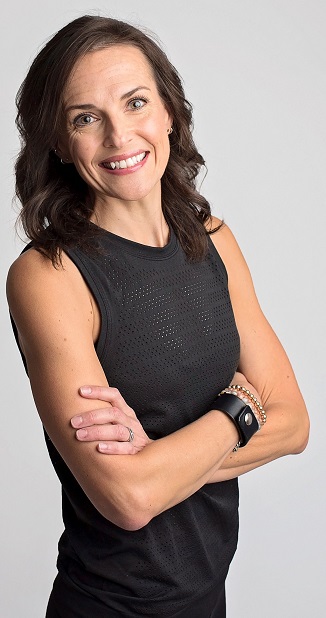 Christy Johnson, RYT 200, is a lifelong fitness enthusiast. She likes to say it has kept her sane while being a busy mom of three sons! She has done nearly every style & flavor of group fitness training over the last two decades, but never strayed too far from her love of running. While training for one of her many half marathons in 2012, she suffered a sidelining hip injury. Through rehab, Christy found yoga and a deep love for the practice that helped make her whole again. She began studying locally under experienced yoga teacher, Megan Sappington, as she soaked up all of the stress relieving, physically healing, confidence building benefits of yoga. In time, she felt the pull to deepen her understanding of the ancient science and began the path toward teacher certification. Christy chose to study with The Baptiste Power Yoga Institute not only because of its focus on physical asana, but also its cultivation of leadership, community, and purpose through its teachers. Christy has studied all over the country under Baron Baptiste, and Baptiste Ambassador / founder of Africa Yoga Project Paige Elenson. She has completed Level 1 (100hrs) and Level 2 (100hrs), Art of Assisting (20hrs) and is currently on the path toward her Tier 1 300hr certification. Christy’s classes, rooted in her power yoga training, are all inclusive and built on a foundation of empowerment by way of causing change- in her student’s intention, perception, and response in their lives on and off the mat.

Be the 1st to know about
news and updates!